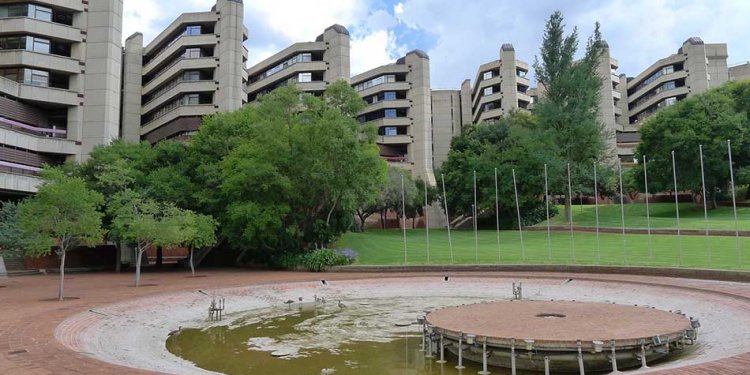 If you decide to study in Africa, you’ll find plenty of opportunities to explore different cultures, landscapes, sights and general adventures in this huge and diverse continent. A total of 18 African universities are featured in the with the majority (nine) of these found in South Africa. Read on for an overview of the top universities in Africa this year, in order of appearance in this year’s ranking, including information on each university’s location and other details.

Leading the way for the top universities in Africa is South Africa’s oldest university, the University of Cape Town, ranked 191st in the QS World University Rankings® 2018 and consistently found in the global top 200. The campus sits upon the slopes of Table Mountain’s Devil’s Peak, offering fantastic views.

Also in South Africa, Stellenbosch University climbed 34 places in this year’s ranking and is now placed joint 361st in the world. Founded in 1918, the university is located in the town of Stellenbosch, 50 kilometers east of Cape Town.

Ranked joint 364th this year, the University of Witwatersrand (often called Wits for short) is another South African institution, with five campuses in urban and suburban Johannesburg, the country’s largest city. The university has around 33, 700 students, of which about 2, 600 are international students.

The next university on our list of the top universities in Africa is based in Egypt. The American University in Cairo is ranked joint 395th in the world in 2018. Also ranked fifth in the most recent edition of the QS University Rankings: Arab Region, it teaches in English, and possesses Egypt’s largest English-language library collection.

Egypt’s Cairo University is ranked in the 481-490 range of the overall world rankings, and 10th in the Arab region. Despite the name, its main campus is actually in Giza, 20km southwest across the Nile from Cairo.

Ranked 501-550 in the world this year is South Africa’s University of Pretoria. It’s one of the largest universities in the country, with over 50, 000 students at seven campuses. Established in 1908, the university also features in the top 50 of the latest QS University Rankings: BRICS.

Ranked 601-650 in the world in 2018, the University of Johannesburg is the youngest university in South Africa to feature in the QS World University Rankings, having been formed from a merger of earlier institutions as recently as 2005.

The following three universities are all ranked in the 701-750 range, making them joint eighth in Africa:

The first of the top universities in Africa to be ranked 701-750 is the Egyptian Ain Shams University, which also features at 12th in the Arab region in 2016. Based in Cairo and established in 1950, Ain Shams is a very large institution, hosting approximately 180, 000 students in 15 faculties.

Rhodes University, located in Grahamstown in the Eastern Cape Province of South Africa, is also ranked 701-750. Named after British businessman Cecil Rhodes, the university is highly residential and relatively small, with around 8, 000 students currently enrolled.

The South African University of Kwazulu-Natal is the last of the three universities to be ranked 701-750 in the world this year and is another young university formed through a merger, this time in 2004. The university has five campuses around the KwaZulu-Natal province in the south east of the country.

Alexandria University is also featured at 14th in the Arab region rankings. It was originally founded in 1938 as a branch campus of Cairo University, but became a separate institution in 1942.

The final seven African universities are all ranked in the 801-1000 range, making them joint 12th in Africa:

Located in Cairo, Al-Azhar University is Egypt’s oldest degree-granting institution, dating back to the 10th century. It has strong links to Sunni Islam and the Al-Azhar Mosque, and is considered one of the most prestigious Sunni Islamic universities.

Makerere University is the largest and third-oldest university in Uganda, first founded as a technical school in 1922 and located in capital city Kampala. Home to around 40, 000 students, Makere was the alma mater of many post-independence African leaders.

North-West University is another South African institution that was formed by the merger of previous universities in 2004. It’s a large university, with about 69, 000 students spread across three campuses in the North West and Gauteng provinces.

New this year, Université Mohammed V de Rabat is Morocco’s sole entrant in the World University Rankings. Located in Rabat, the university was formed by the merger of previous institutions, and today it has around 63, 550 students.

The University of Ghana is the oldest and largest of Ghana’s 13 universities and is located in the Legon suburb of Ghanaian capital city Accra. It was originally founded as University College of the Gold Coast in 1948, and now has around 38, 000 students.

Concluding our overview of the top universities in Africa in 2018 is South Africa’s University of the Western Cape, located in the Bellville suburb of Cape Town. Founded in 1959, the university played a key role in the fight against discrimination and racial inequality in South Africa’s history.

For more information about ranking categories, and answers to other frequently asked questions, click here.

best university in the africa

Ranking of university in africa